Hi, everyone! It’s been a busy few weeks at my end as I gear up for the release of Book 3 in the Sundered Crown Saga and get the other books ready for the soon to be released Book 1-3 boxset. (Sign up to the mailing list to get early access!)

With help from Rob May, I’ve also been working on designing the paperback book covers for Quest which you can view below – 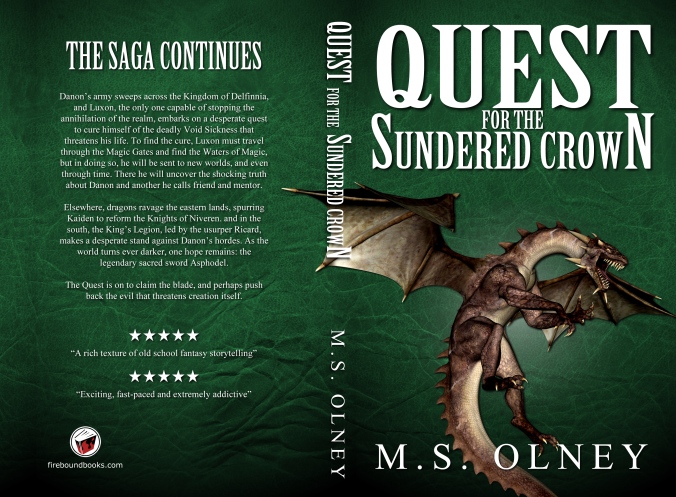 Return of the Unconquered

For fans of my historical fiction writing (I know there’s a few of you out there!) you’ll be pleased to know that after several years I have finally begun writing book 2 in the series. It took me a long time to decide on how best to proceed with this story as I felt I’d written myself into a bit of a corner with book 1, but thanks to the years in between since I wrote the first one I feel as though I learnt enough and gained enough experience to choose a way out. Book 2 will be dominated by the lead up to and the Battle of Hastings as well as the aftermath. I’m aiming to get a first draft completed of this one by the end of the year.

Also, check out the new cover for Blood of Kings–

Work on my other, new fantasy series is still ongoing, and I’ve reached the 40k mark with the first draft. I’ll be writing this book and Unconquered concurrently so I can keep myself fresh by dipping from reality into fantasy if I feel stuck on the other.