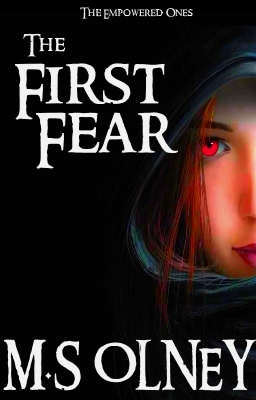 Hi everyone. As I’ve been working away on the First Fear I thought I’d post a little sneak peek of an early part of the book to whet your appetite. Let me know what you think in the comments via social media. I hope you enjoy it.

Vavius knew things should be different. His travels across the Supreme Imperium had taken him to places that even the Supreme’s omnipotent gaze could not reach. She thought herself invincible, Vavius would prove her wrong. It hadn’t always been this way, before her rise to power the world had been free, at least that’s what the Mentors had told him. He pulled the hood of his cloak tighter about his head to hide his features. Even out here in the Western Imperium, he could not take the risk of someone recognising his face. He had waited until dusk to make his move, the exhausted slaves who had been toiling in the fields were slowly drifting off toward their compound that lay at the edge of the estate. He crouched in the shadow cast by the tall oak tree in which he was under and watched the manor house of the Baron Hesselwit.

It wasn’t long before the sun dipped below the horizon and lanterns were lit about the manor house. He narrowed his eyes; only four guards were positioned at the entrance to the walled complex. Vavius smiled. Hesselwit’s reputation for arrogance and overconfidence was well founded it seemed. He pushed off into a sprint, quickly crossing the fields and using the tall wheat for cover. The wind whistled in his ears as he ran, his eyes fixed on the manor houses outer wall. He reached the wall without being spotted and eyed the top of the stone coping. Bending his knees, he channelled his emotions, a smile crossing his lips as he harnessed the power of Joy. He jumped, clearing the ten-foot-high wall in a single bound. Switching to Anger, he felt his body strengthen. Switching emotions on the fly came easily to him after so many years of practice. He landed in a crouch, his enhanced legs absorbing the impact of the drop.

Looking around, he saw that he was now in the manor’s main courtyard. He shook his head at the baron’s slack security. If the man knew that there was an Empowered One in the area, he would surely have garrisoned an army…or worse. Swiftly, he crossed the courtyard and ducked down a flight of stairs that led to the manor’s cellar. If all went according to plan, it should have been left open for him. Voices caused him to pause and duck into the shadows. Two armoured guards ambled by, completely oblivious to Vavius’s presence.

Once they were gone, Vavius turned and tried the cellar door handle. He smiled. The latch was open. The slave he had bribed the previous night had done her job well. Carefully, he opened the door and slipped inside. The cellar was dark save for a single candle casting a flickering light. Barrels and racks of wine filled the space. A flight of wide stone steps were at the far end of the room, and he made his way towards it. He kept low to the ground, keeping his footfalls light. Above him, he could hear guards patrolling. Tilting his head, he listened. Just one was in the corridor above him. He reached the bottom of the stairs and ascended quickly. There was no door blocking the stop of the stairs. Instead, there was an open archway that led into a wide carpeted corridor.

Vavius pressed himself tightly against the cold stone wall and peeked around the archway. He had been right, just one lone and bored looking guard was doing his rounds. The man was looking at a painting hanging on the wall. From his vantage spot, Vavius could see that the image was that of a beautiful brown haired lady. ‘The Baroness no doubt,’ he thought.

Darting out from the archway, he crept up behind the distracted guard and with a sharp movement wrapped his strong arms around the oblivious man’s throat. A quiet popping noise sounded as his power enhanced limbs snapped the guard’s neck with ease. Maintaining his grip, he dragged the corpse to the archway and down into the dark depths of the cellar. Vavius blew out the candle to make it harder for any curious folks discovering the body. Once the grisly deed of hiding the body was done, he hurried back upstairs and down the corridor. Turning right, he headed towards the baron’s quarters, the time he had spent pretending to be a slave had proven invaluable, he knew the manor’s layout like the back of his hand.

Encountering no more guards, he crossed a small inner courtyard that was dominated by a bubbling stone fountain. Lavender and other sweet-smelling flowers grew in borders around the courtyard’s edge adding to the splendour of the place. Anger flashed in Vavius, men like the Baron lived in luxury while countless others lived in misery and despair. He froze and listened. For a heartbeat, he thought that he’d heard soft footsteps behind him. He waited – nothing.

Quickly, he crossed the courtyard and entered the manor houses living quarters. A red carpet lined the floors, and wooden panels decorated the walls. A tapestry emblazoned with the Hesselwit crest hung from the wall, and small statues of the Hesselwit barons stood on pedestals. The arrogance of the man was breathtaking. Vavius pressed on, finally reaching the baron’s quarters. To his surprise, the door was open. Cautiously, he crept forwards and pushed the door open with the tip of his boot.

Lying on the four-poster bed that dominated the chamber was the baron, his throat slit and his eyes bulging in a death stare. Next to him was the Baroness, a deep cut across her delicate neck. The room stank of blood. The bodies were a surprise, but the man standing over them made Vavius recoil in fear.

Tall and thin with a long narrow face and dressed all in black stood a Hollowed.

“You’ve finally arrived. We were beginning to grow impatient,” the Hollowed said in a deep emotionless voice. “Were you looking for this?” it added. In its hand was a scroll. At seeing it Vavius’s heart sank.

The tall and unnaturally thin figure turned from the bodies and looked at Vavius. Just like all Hollowed he had no eyes, just black holes where the organs once were. Vavius tensed, no one had ever fought a Hollowed and lived. He turned, trying to flee, but another eyeless figure now barred the passage behind him. He’d been followed. There was no escape. He had failed.